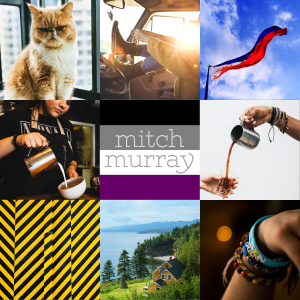 Alex Bell’s life is a series of slammed doors, each one echoing into the next. Her dad, when she was seven. And when she was nine. And for the last time, when she was thirteen. Her mom, every Saturday night after she’d had too much to drink and Alex cut her off. Every single one of her relationships — boyfriends at first, when she was trying to convince herself she wasn’t a lesbian, and then her two real, long-term girlfriends, each door slamming louder than the last.

This time, Alex is the one slamming the door. Enough is enough, and she’s slamming the door to her mom’s house and everything it stands for: family — or what passes for family in this fucked-up home — her childhood (or lack thereof), a life that doesn’t get her. Doesn’t even know her.

She throws her backpack on the backseat of her beat-up Jeep and slams that door too, for good measure. Her entire life fits in this backpack: laptop, a bunch of clothes, all the art supplies she couldn’t bear parting with, and her trusty jackknife.

That Jeep, that knife, and the worn-out combat boots on her feet are the only three constants in her life — the only sort-of safety she’s ever had.

The only things she needs, really.

She certainly didn’t need to find her mom passed out once again over the toilet bowl; or a bunch of overdue notices on the kitchen table.

She didn’t really have to hurry up as she packed — she knew her mom would stay where she was for a few more hours at least — so she grabbed everything she could fit in her backpack, and her mom’s cigarettes and lighter on her way out, just because.

Filled with reckless energy, she smokes two of them on her way to the gas station. The only thing that stands between her and freedom: her almost empty tank.

She fills it up, ignoring all attempts at chatting from the attendant. She craves the anonymity of a big city — she’s spent way too long in a small village where people have nothing better to do than gossip about what that Bell girl is up to again.

She spends the last of her cash on gas and a bag of chips. So what if she’s got no place to sleep tonight? She’s got her car and that’s all she needs.

Hills and woods pass by her windows at high speed — too high, probably, but she can’t bring herself to care, too keyed up and itching to put as much distance as possible between her car and Asscrack Town, QC. When at last she reaches the cracked concrete and shiny metal and glass of the city, blood thrums in her veins like the drumbeat of the old Metallica cassette tape that’s been stuck in her car player since the late nineties.

Nobody knows her here, and that’s how she likes it.

Next morning wakes her up with the gentle melody of a garbage truck, but for the first time in years she rises with a smile on her face.

Things are about to happen. She can feel it in her bones.

Or maybe it’s just the fucked up way she was curled up in the backseat all night.

She unfolds herself out of the car, joints whining as she stretches, but her stomach groans louder. She hasn’t had anything since that bag of SunChips yesterday afternoon, and she doesn’t have a clue when or what her next meal’s gonna be. A thorough search of the cracks between her seats, her glove compartment, and the hidden pockets of her backpack comes up with one dollar and thirty-two cents. She doubts she can go very far with that, especially given the fancy, indie look of the nearest café, but it’s all she’s got. Plus, the place has a rainbow flag in the window — a welcome change from her homophobic small town.

Blinking the sleep out of her eyes, she pockets the change and walks into Le Trèfle, which is empty — probably unsurprisingly, since it’s not even eight on a Sunday morning.

“Bonjour, hi!” A cheerful barista greets her from behind the counter — a cute, curvy Southeast Asian girl, with bangs and a short bob. Her name tag, decorated with Pusheen stickers, reads Mitch. Everything about her screams (or rather, gently says) friendly and homey.

“Hey there,” Alex says, voice rough with sleep. “Um, what can I get with…” she takes out her change, “a dollar thirty-two?”

The girl — Mitch — eyes her, her beat-up boots, wrinkled clothes, the Jeep that was already parked there when she opened the store that morning, and smiles. “Take a seat. I got you.”

Before Alex can say anything, Mitch puts a breakfast sandwich on the panini press and piles a plate high with cut fruit. She makes a latte in the biggest mug available and brings everything to her with the most heartwarming smile.

“Eat up,” she says, and even though she looks barely older than Alex, she embodies everything Alex has always wished her mom would be.

Alex stands at the counter, playing with her handful of coins. “I — I can’t accept.”

Alex perches up on a stool slowly, like a spooked animal, waiting for Mitch to call psych! and take it all away. She definitely didn’t expect such kindness in the city, and it’s a bit overwhelming.

Her hunger wins, in the end, and she engulfs the whole thing in a flash. Mitch sneaks a wrapped muffin and a pack of trail mix near her plate, a snack for later, and Alex’s eyes water.

“Thanks,” Alex says, feeling a bit lame because thanks doesn’t feel enough to cover everything she feels at the moment. “Um, I’m Alex, by the way.”

“Mitch. But I guess you know that,” she chuckles, pointing at her name tag. She leans against the counter, all her attention focused on Alex. “So. There’s a story here.”

Mitch doesn’t push, doesn’t rush her, but somehow Alex feels like she can trust her. She finds herself telling her life story — she started out just saying she ran away from home, but that in itself raises more questions, so it all spilled out, the absent dad, the shitty mom, the awful town.

As she talks, Mitch makes them both another latte, and soon they’re chatting away like old friends. Alex would normally feel self-conscious for just info-dumping on a stranger, but Mitch… Mitch doesn’t feel like a stranger, and she looks like she’s genuinely curious about Alex’s life and truly enjoying her company.

The bell above the door rings, and in walks a girl that makes Alex’s jaw drop. Gorgeous, with wavy red hair, curves that call to Alex’s hands, and a smile like you wouldn’t believe.

“Amy!” Mitch greets her, starting in on an order before the girl can even ask. “Meet Alex. You’re gonna love her.”

So much for staying anonymous.